You may think the delicious Caesar salad originated in Italy based off of its namesake and the main ingredients (Parmesan cheese! Anchovies!), but turns out that isn’t the case at all.  Learn more about the twists and turns in the history of this delicious salad – what was the original Caesar salad?

The Disputable History of the Original Caesar Salad

Some say the original Caesar salad was invented in Chicago in 1903, some say it was a French-inspired Italian-American chef Caesar Cardini who invented the salad in Mexico in 1924! (Though in the latter case, his brother claims it’s his invention…) After immigrating to America, Cardini fled to Mexico to escape the prohibition, where he launched a restaurant in Tijuana and was still able to serve alcoholic beverages. .

It was allegedly in this very restaurant where Caesar was short on ingredients so he threw together what was left in the kitchen: lettuce, olive oil, dried bread, raw egg, parmesan cheese and Worcestershire sauce. His brother, however, added the anchovies and claimed it as his own – though his name isn’t Caesar! Tijuana was where Americans would escape to drink during the prohibition era, which could be why Julia Child herself wrote about Cardini’s version of the Caesar salad in one of her cookbooks.

Since this original dish was created, numerous recipes have been invented from it. Whether a recipe calls for anchovies, grilled chicken, or maybe even how the egg is cooked, the dish is a global sensation. 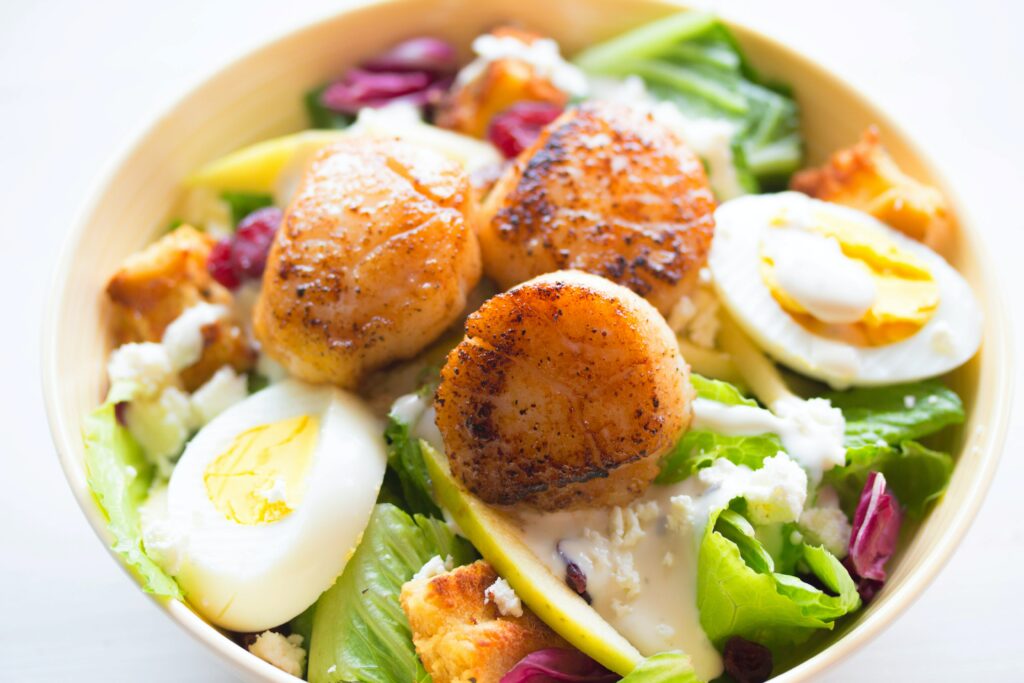 So, go on add in some scallops and enjoy that delicious and nutritious un-original Caesar Salad for national salad month!