Seafood is an important source of iron, zinc, protein, choline, and long chain polyunsaturated fatty acids needed for the rapid brain development that occurs through the infant’s first 2 years of life, according to new DGA 2020-2025 advice 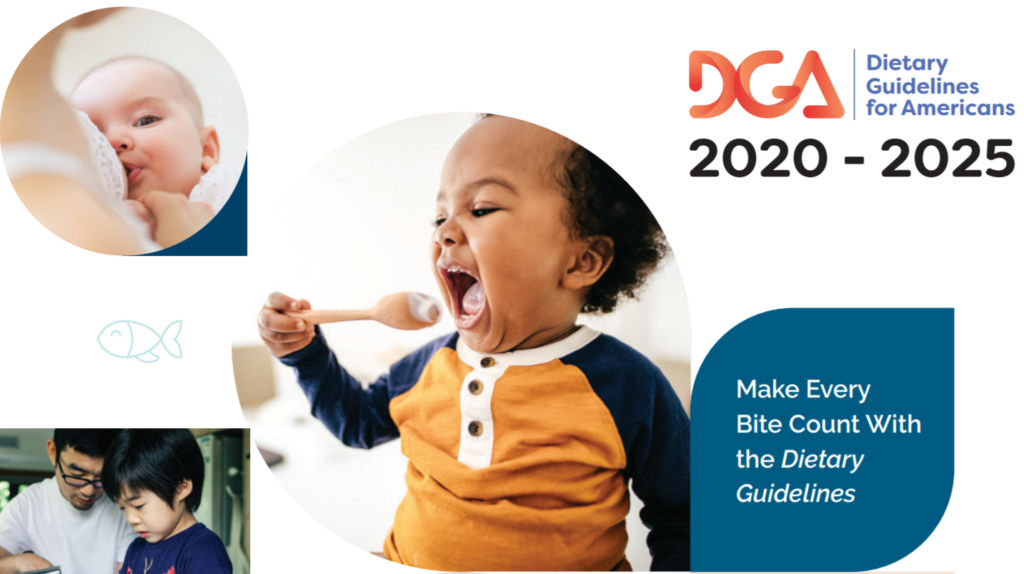 The Dietary Guidelines for Americans 2020-2025 was unveiled today. The Dietary Guidelines for Americans (DGA) provide science-based advice on what to eat and drink to promote health, reduce risk of chronic disease, and meet nutrient needs. This ninth edition is the first time guidance is given for infants and toddlers under age 2, and the recommendations are that seafood is important for children’s brain development.

“Seafood intake during pregnancy is recommended, as it is associated with favorable measures of cognitive development in young children.” Starting at about 6 months of age, the DGA says to introduce iron- and zinc-rich foods, such as fish and shellfish. Seafood is an important source of “iron, zinc, protein, choline, and long chain polyunsaturated fatty acids … needed for the rapid brain development that occurs through the infant’s first 2 years of life,” states the DGA. “Some types of fish such as salmon and trout are also natural sources of vitamin D.”

This follows the findings from the 2020 Dietary Guidelines Advisory Committee Scientific Report, released in July 2020, that emphasized the need for women before, during and after pregnancy, and children beginning at 6 months of age to eat more seafood.

For the women and the general public, the seafood consumption recommendations remain the same as from the previous DGA 2015-2020 of 8 to 12 ounces per week, now based on daily caloric intake.

Seafood Nutrition Partnership’s Scientific Nutrition Advisory Council (SNAC) has followed the DGA 2020-2025 since the process began in 2018. “We applaud the DGA 2020-2025 for developing new seafood consumption recommendations for children starting at 6 months of age. Seafood is an important food in healthy dietary patterns for kids and adults through the lifespan,” said Dr. Tom Brenna, chair of the Scientific Nutrition Advisory Council and member of the 2015 DGAC. “Make every bite count, with seafood.”

“For the past two years, Seafood Nutrition Partnership and its team of scientific advisors have been following and submitting comments to support the DGA 2020-2025 seafood recommendations, having reviewed the evidence that seafood consumption has positive implications for the health of all Americans,” said Linda Cornish, president of SNP. “Americans are still falling short of consuming the recommended amounts of seafood and we are hopeful that the launch of the DGA 2020-2025 will bring a renewed sense of urgency for Americans to include more seafood into their diets for its great taste and important nutrients.”

The full guidance is available at DietaryGuidelines.gov.