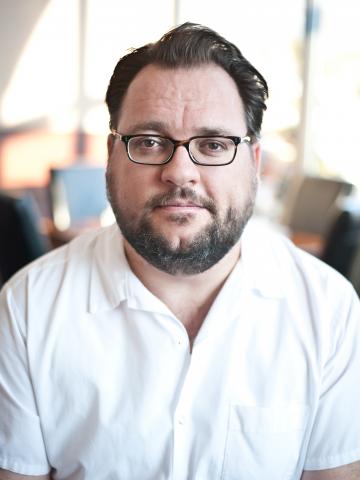 Indianapolis’ sustainable seafood pioneer, Chef Ryan Nelson’s knowledge and dedication to ecologically sound food practices have gained him national recognition. Sante Magazine awarded Ryan the culinary award for sustainability in 2005, 2006 and 2008. Nelson is a chef ambassador to the Seafood Nutrition Partnership, the leading non-profit in the U.S. promoting health through a diet rich in seafood.

Nelson was named a chef consultant to the Alaska Seafood Marketing Institute. He was named to the 2006 Indianapolis Business Journal’s class of “40 under Forty”; a listing of forty young professionals and community leaders that have left an indelible mark on the city before their fortieth birthday.

After eight successful years as executive chef/partner at the Indianapolis Oceanaire Seafood Room, Nelson has made Indianapolis his home with the opening of Late Harvest Kitchen. Late Harvest Kitchen opened in 2011, it is a locally sourced, farm-to-table restaurant that opened to rave reviews. In 2012, Indianapolis Monthly awarded the restaurant its highly coveted “Restaurant of the Year” award. Nelson’s second restaurant, The North End Barbecue and Moonshine opened in 2014. The North End is an American regional BBQ restaurant that boasts a whiskey list of over 250 varieties. Indianapolis Monthly named The North End Barbecue one of the city’s best new restaurants in 2015.
​
Nelson lives in Fishers, Indiana with his wife Laurie, who is co-owner of the restaurants and their two children. He is an avid fisherman and enjoys coaching his son’s hockey team.