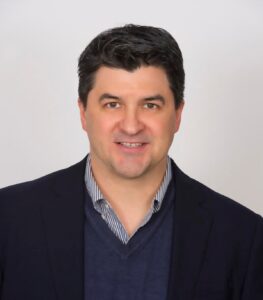 He is currently a director for Sealaska, the regional Alaskan Native corporation for Southeast Alaska. As Finance Committee Chair, Morgan works closely with Sealaska COO Terry Downes on business strategy and acquiring businesses based around the health of our oceans, especially seafood.

Morgan is a member of the Seattle Chapter of Central Council of Tlingit & Haida of Indian Tribes of Alaska (CCTHITA), Delegate; Alaska Native Village CEO Association, Founding Member; Alaska Innovation and Entrepreneurship Group, Founding Member. He also volunteers as a Fledge.com mentor as well as a judge for the “Path to Prosperity” business plan competition and “Launch Alaskaʼs” accelerator program.

Morgan grew up commercial fishing in Alaska since he was 10 years old. The family fishing boat, FV Cornelia Marie, is one of the featured vessels on the popular Discovery Channel show, “The Deadliest Catch”. The Howard family numbers five or maybe six if you count Murry, the treasured family cockapoo. Morgan and his wife Cynthia have raised three children in Kirkland, WA where they currently live.

Morgan has a Bachelor of Science in communications from Northern Arizona University and a Bachelor of Arts in film production from Columbia College–Hollywood.

Morgan is Tlingit/Eagle, Teikweidí (Brown Bear clan), K’ineix Kwáa yádi (child of). His Tlingit name is X’agatkeen. The world Tlingit means “People of the Tides” – “When the tide is out, the table is set”.