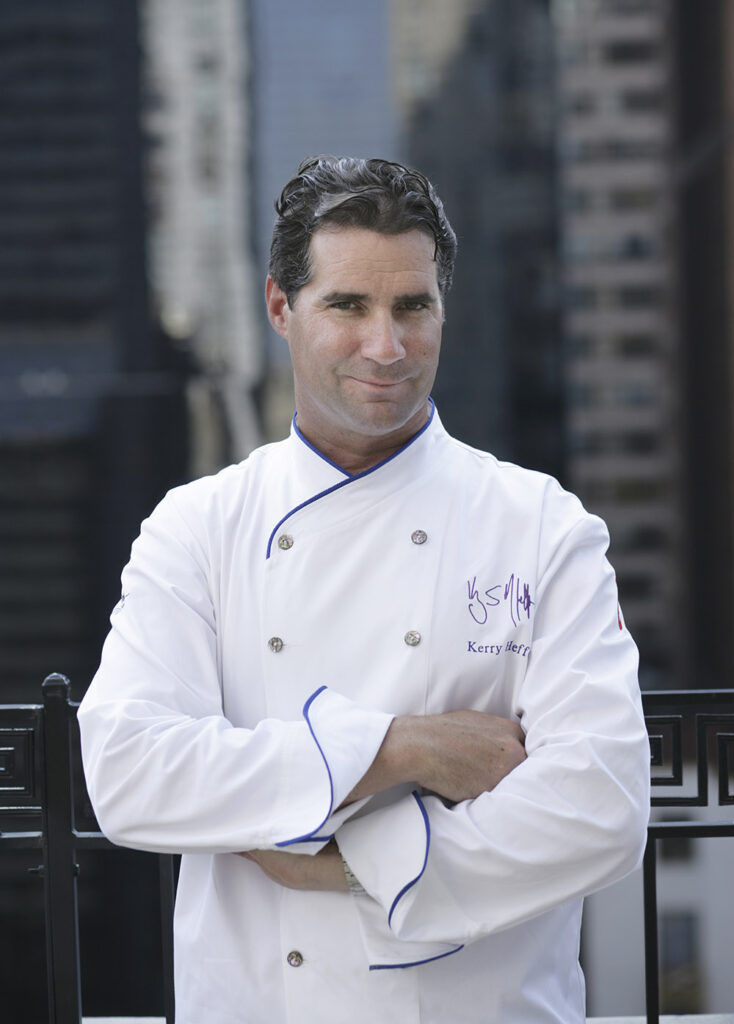 Born in Pennsylvania and raised in Connecticut, Kerry Heffernan began working in restaurants at age 15. Following high school, Kerry bicycled through Europe, eventually setting up camp in the South of France baking croissants. He returned home to attend the Culinary Institute of America, graduating second in his class. After spending another year cooking and traveling throughout Europe, Kerry came back to New York City, honing his skills at such highly regarded restaurants as Montrachet, Le Régence, Restaurant Bouley and Mondrian with Tom Colicchio before landing his first job as Chef de Cuisine at One Fifth Avenue.

During his five-year tenure as Executive Chef of New York City’s South Gate, Kerry also created and continues to work as a consultant to “15 CPW,” a private restaurant at Manhattan’s toniest address.  Kerry remains active outside the kitchen in philanthropy, serving on the City Harvest Food Council and cooking for Share Our Strength, Project by Project, and both the Central Park and Madison Square Park Conservancies, Seafood Nutrition Partnership, and as an advisor to several nonprofit agencies charged with seafood sustainability and conservation. In 2012, Kerry was honored as the commencement speaker at the Culinary Institute of America.

Kerry was runner-up on season 4 of Bravo’s Top Chef Masters and competed on behalf of City Harvest.  An avid outdoorsman and seafood expert, Kerry has won several charity fishing tournaments, including the “Manhattan Cup” and the “Montauk Redbone.”  In addition to appearing as a guest judge on Top Chef All-Stars, Kerry has appeared on The Today Show, Good Morning America, Martha Stewart, CBS and CNN’s American Morning.  Kerry is currently working on a cookbook about foraging, fishing and cooking on the East End of Long Island. www.kerryheffernan.com/