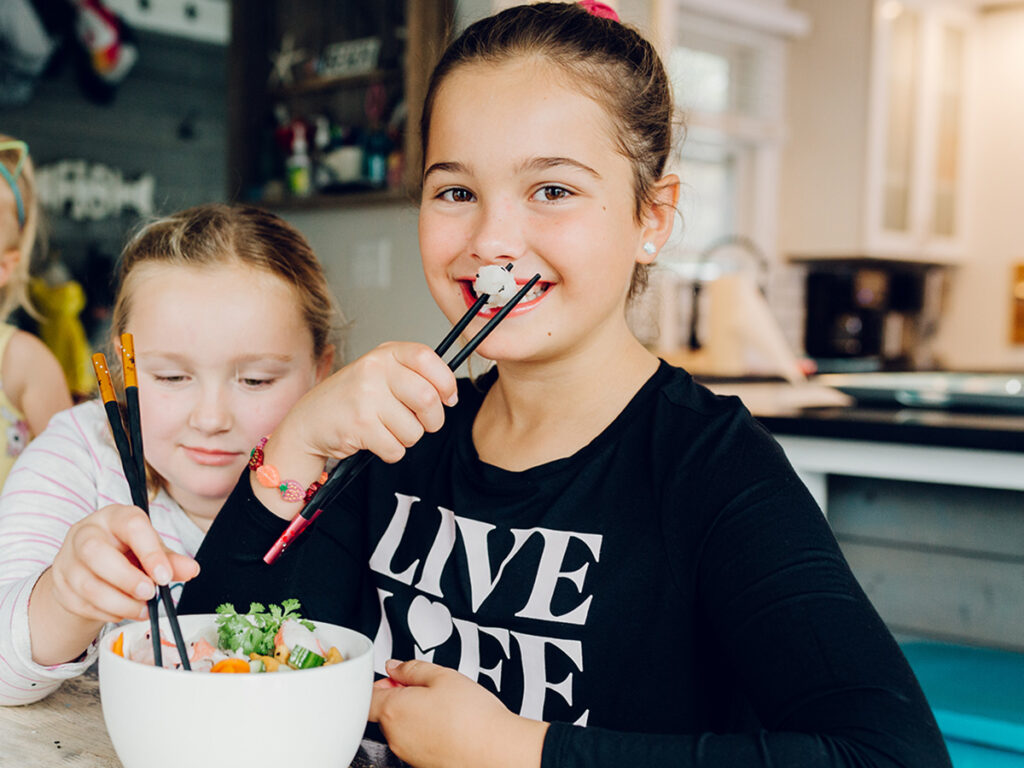 Children Can Gain an Average of 7.7 IQ Points

A paper published by a group of 13 leading dietary fats scientists highlights the tremendous health benefits from consuming seafood for infant and adolescent brain development. Among the key findings of the systematic review is an average 7.7 IQ point gain in children whose mothers ate seafood during pregnancy compared to mothers who did not eat seafood.

FAO/WHO: A joint FAO/WHO Expert Consultation on the risks and benefits of fish consumption concluded that the benefits of eating fish outweigh the risks. Babies from moms who ate seafood twice a week were observed to have greater IQ by 5.8 points. The study shows benefits for improved IQ and heart health.

Neonatology Today: Pregnant women today are mindful about the importance of prenatal care and prevention, particularly with respect to nutrition. The National Coalition for Infant Health, together with Neonatology Today, released seafood advice for mothers and their babies.

American Journal of Clinical Nutrition: Dr. Emily Oken of Harvard Medical School concludes the science on benefits and lack of harm from prenatal fish consumption is settled for now, that seafood consumption by pregnant women is in fact beneficial for baby brain development and shows no harm.

Japan Environment and Children’s Study found “maternal fish intake during pregnancy was independently associated with reduced risk of delay in problem-solving at age 6 [months] and in fine motor skills and problem-solving at age 1 [year].” The study also found, as summarized by Oken, “None of the results suggested harm from higher fish consumption.”

AND: The Omega-3 fatty acid docosahexaenoic acid (DHA) is critical for the development of the nervous system, especially during the first year of life according to a study in the Journal of the Academy of Nutrition & Dietetics.

Did You Know? The Dietary Guidelines for Americans, FDA and EPA all recommend pregnant women should eat more seafood. Click on the resource below to learn important tips for eating seafood during pregnancy. 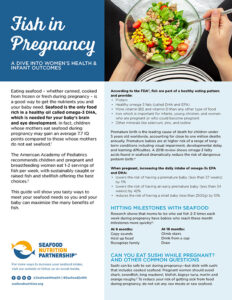 ​Pregnancy is one of the best times to indulge your love of fish. Seafood is tasty and craveable. Studies show eating fish during pregnancy gives moms and babies lots of health benefits. Seafood is easy to make and a natural “fast food”. 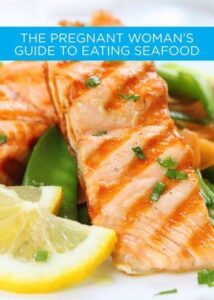 For Women Who Are or Might Become Pregnant, Breastfeeding Mothers, and Young Children: Eating fish when pregnant or breastfeeding can provide health benefits. 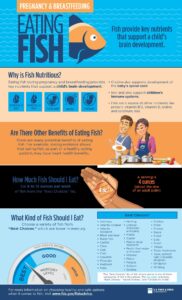 Seafood, which includes fish and shellfish, received particular attention in the HHS/USDA Dietary Guidelines because of evidence of health benefits for the general populations as well as for women who are pregnant or breastfeeding. 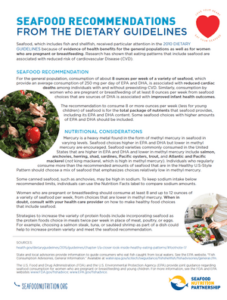 ​When it comes to seafood safety, consumers should focus on limiting exposure to bacteria that grow when seafood isn’t stored and cooked properly. When seafood is properly handled and cooked, the risks from pathogens are minimal. 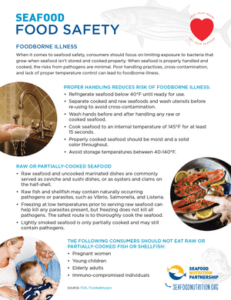